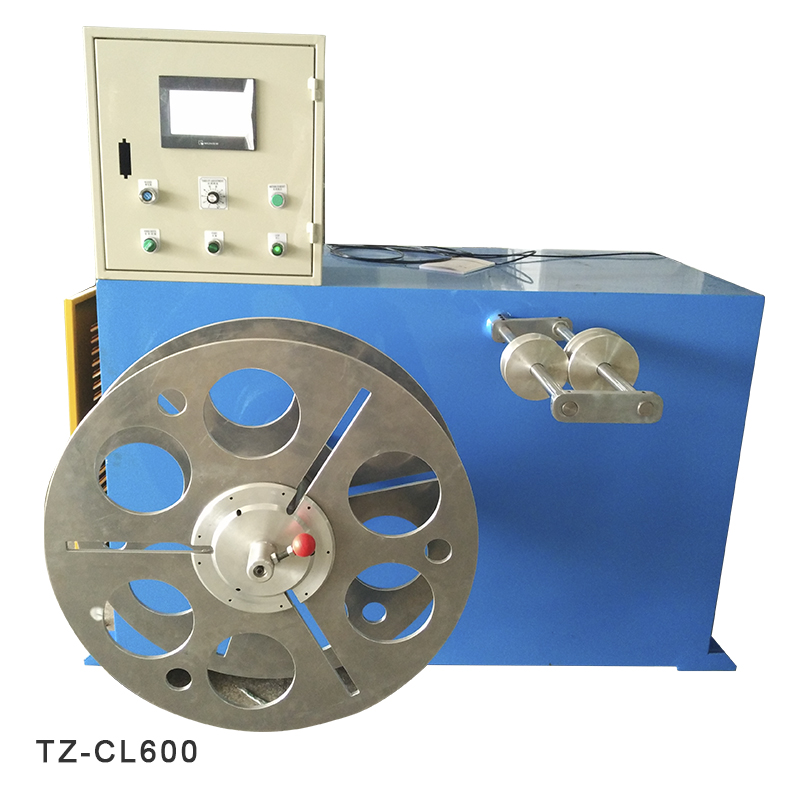 Fully automatic coiling machine is a new model developed in recent years. In order to meet the requirements of high efficiency and high output, fully automatic models generally adopt multi-head linkage design. Most domestic manufacturers refer to Taiwan and other places. The design of the imported machine model adopts the programmable controller as the control core of the equipment, and cooperates with the manipulator, pneumatic control components and executive accessories to complete the functions of automatic wiring, automatic foot wrapping, automatic thread trimming, and automatic loading and unloading of the skeleton. The type of production efficiency is extremely high, which greatly reduces the dependence on labor. An operator can look after several such equipment at the same time. The production quality is relatively stable, which is very suitable for processing occasions with high output requirements. However, because this model integrates many new technologies such as numerical control, pneumatic, and light control, the price is as small as tens of thousands of yuan or as high as 100,000 yuan. The price also makes many users sigh. In addition, due to functional requirements The parts of the equipment use a large number of non-standard parts and customized parts, so once a failure occurs, the maintenance process will be very complicated and the cycle will be relatively long. Its advanced nature and high output still attract customers.

Semi auto coiling machine is currently the most widely used model, also known as CNC automatic winding machine. It can automatically arrange the wire and complete different winding requirements with different mechanical structures. It has high efficiency, convenient maintenance, high cost performance, and many more. Advantages, domestic manufacturers generally use CNC controllers, and some manufacturers use self-developed controllers as the control core. CNC models are already a very mature model. Many manufacturers have made innovations and applications in functions and uses. Upgrade, the series of products used are continuously extended. As the most widely used model on the market, the price of this model is much lower than the price of tens of thousands of yuan for fully automatic winding. Prices range from thousands to tens of thousands. The disadvantage of this model is that one must be equipped with an operator. At present, the application of this model can be seen in some occasions such as the production of ballasts and inductors.

Circumferential coiling machine is a special special model, the common ones are slide type and belt type, which are special models for winding circling coils. There has not been a big technical change since the model appeared. At present, the main part of the machine head It is still mainly imported. The more common ones are American Gaoman and other brands. Compared with domestic ones, the imported machine heads have many advantages and the workmanship is relatively fine. The materials are generally made of special alloys with excellent wear resistance, and the machine heads can withstand long Due to the processing requirements of time, some machine heads adopt a split structure design to make the upper and lower storage loops more convenient and faster. The ring winding machine is generally a desktop mechanism, the equipment is mainly mechanical structure, and the price is mainly divided into two types of imported heads and domestic heads.

Servo precision coiling machine is the product of today's high-tech combination and the most advanced and powerful model at present. The high-end model can fully simulate the winding action of human hands. Both the main shaft and the winding adopt high-precision servo motors. The control system adopts The PLC system with extremely high computing power has the functions of automatic calculation, automatic discrimination, error correction, etc. Because of the closed-loop control, the equipment can automatically correct when there is a phenomenon such as out-of-synchronization. The high-resolution servo motor can ensure For the stability of equipment operation at high and low speeds, the accessories of this model are also relatively advanced, such as auxiliary mold unloading devices, active tension pay-off racks, electromagnetic automatic adjustment tensioners, etc., due to the use of a large number of high-tech, Therefore, the price is much higher than that of CNC automatic winding machine, and it is generally used in occasions with specific requirements for coil parameters.